We asked you to tell us which books a future law student should read. Here are the top nominations – and some of the other contenders

The Rule of Law by Tom Bingham

Whatever did inquiring legal minds read before Lord Bingham published The Rule of Law? This slim volume has rapidly become the book Guardian-reading lawyers are most likely to recommend to anyone interested in the profession. As Joshua Rozenberg put it: “Bingham’s definition of that much-used term is now entirely authoritative and will probably remain so for the next 120 years or more. In summary, it is ‘that all persons and authorities within the state, whether public or private, should be bound by and entitled to the benefit of laws publicly made, taking effect (generally) in the future and publicly administered in the courts.’

Letters to a Law Student by Nicholas McBride 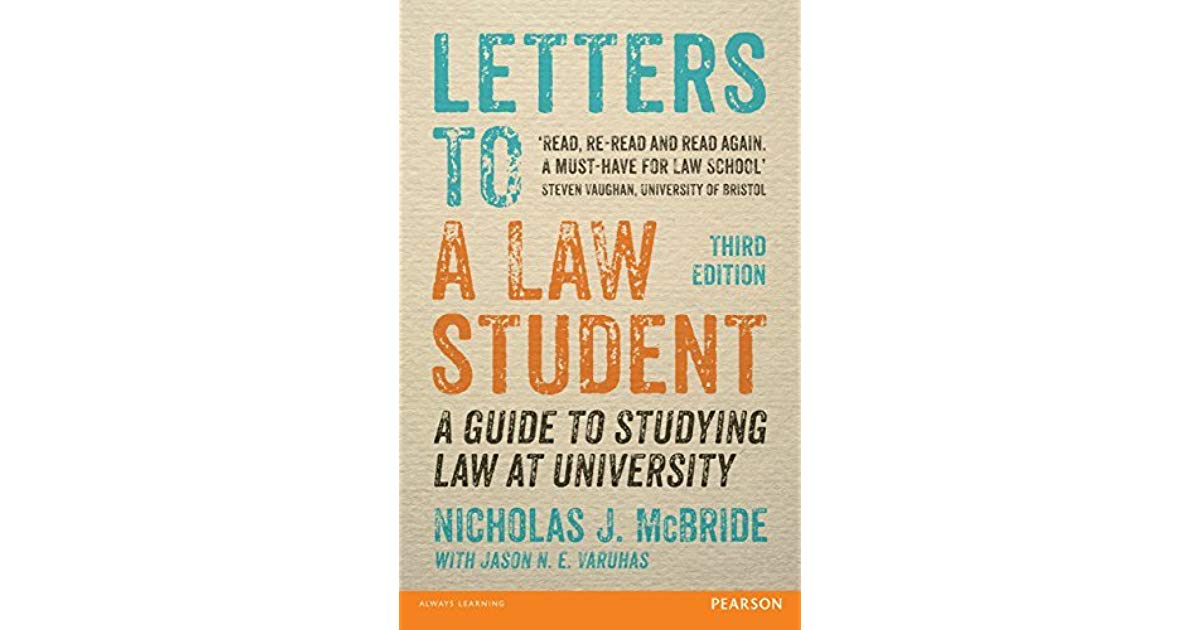 “Dear Sam, I hope you don’t mind me writing to you in this way…” The only book to receive as many nominations as Bingham’s was Letters to a Law Student, by All Souls fellow and director of studies at Pembroke College, Cambridge. Solicitous, authoritative and hardly discounted even by Amazon, it knows its audience – those who already have a place to read law are advised to skip the first chapters.

Glanville Williams: Learning the Law (ATH Smith)
Welsh legal scholar Williams died in 1997, but Learning the Law lives on – though much of the rest of his prolific output is out of print. His support for legalising abortion and euthanasia, as well as his role in decriminalising suicide in 1961, earned his reputation as a reformer. But not everyone is a fan. “I read it once and I’ve never touched it again,” wrote Stephen Clark (LLB Exeter and about to start his BPTC). “This is supposedly the standard introductory text, but I couldn’t encourage students enough to stay away from it. It really won’t help when it comes to knowing the law, it won’t help when it comes to understanding the law and it won’t impart you with the skills necessary to do well on the LLB.”

What About Law? by Catherine Barnard et al
Recommended by – among others – Southampton University lecturer Mark Telford, What About Law? describes the various fields of law in engaging detail, though is less forthcoming with practical advice. Opens with the legal implications of the wild party 17-year-old Laura throws while her parents are away for the weekend.

Eve Was Framed by Helena Kennedy
Baroness Kennedy, as listeners to her current Radio 4 series will know, is as much concerned with justice as the law. Much of this lively and highly readable book is devoted to exploring the myriad ways in which the legal system has let down women – as lawyers, victims and defendants – though there is also plenty of optimism, particularly about the ability of women to rise to the top of the legal establishment. Kennedy’s Just Law was also nominated.

Bleak House by Charles Dickens
Somewhere in the new Rolls Building, a modern Jarndyce v Jarndyce is doubtless lumbering – or perhaps the Technology and Construction Court is hosting a particularly lengthy dispute involving tree roots. Dickens was a court reporter for four years and undoubtedly drew on his experiences, particularly at the Old Bailey, for his fiction – this coining trial may have inspired part of Great Expectations.

Other nominations
Cardiff and UCL academic Richard Moorhead: The End of Lawyers by Richard Susskind

Carrie Alcott: How Law Works by Gary Slapper (“Absolutely brilliant. Have just read it now, going in to my final year, and really wish I’d come across it before I began studying”)

Michael Zymler and Jennie Evans: How To Win Every Argument: The Use and Abuse of Logic by Madsen Pirie

Jason Miller and Emma Morris: The Case of the Speluncean Explorers by Lon Fuller (Miller: “Jurisprudence isn’t everyone’s cup of tea but it shows a variety of legal and moral viewpoints.”)

Jack Gilbert: The Colour of Law by Mark Giminez (“on a purely motivational basis”)